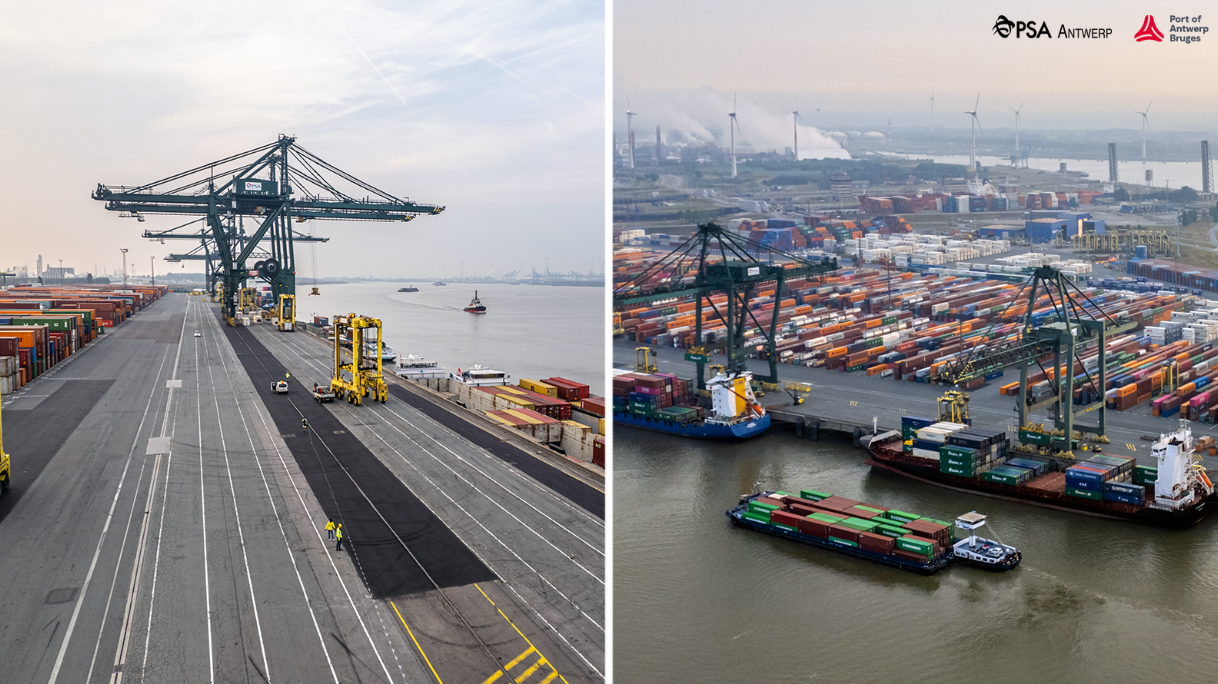 The following release was published by PSA International:

PSA Belgium and the Port of Antwerp-Bruges have embarked on a project to upgrade Europa Terminal, Antwerp’s first tidal container terminal, inaugurated back in 1990. The works to upgrade the quay wall and the terminal will take nine years and require an investment of EUR 835 million, including over EUR 500 million by PSA.

It will include an upgraded quay wall of 1,200 metres and 16.5 metres in depth, which will enable Europa Terminal will have an increased capacity and the ability to handle vessels up to 25,000 TEUs in size, whilst simultaneously reducing its carbon footprint. The works involve reorienting the quay wall to allow these larger ships to dock without hindering passing vessels, as the Europa Terminal is located on the narrowest stretch of the river Scheldt. The project itself will be completed in three phases, in a way that allows two-thirds of the terminal to remain operating throughout the project.

The upgrading project will also increase the terminal’s capacity by more than 700,000 TEUs per year, a 40% increase over current capacity. The addition of new electric yard equipment and other optimisation measures will also reduce the terminal’s total carbon footprint by over 50%.

PSA Belgium CEO Cameron Thorpe highlighted PSA’s continued commitment towards Belgium and the Port of Antwerp. He said: “As global logistics leaders, we take our responsibility very seriously when it comes to sustainability. PSA Belgium has utilised renewable electricity since 2017 for its facilities and we continue to focus on our goal of reducing our CO2 emissions by more than 50 percent by 2030, which can only be achieved by the further introduction of new technology. The key challenge in accomplishing this will be to keep the terminal operating and to enable our customers to continue to grow in Antwerp, which is why the project has an extended timeline. However, when completed, our capacity will have increased by over 40 percent, and we will have ‘future-proofed’ our handling capability.”