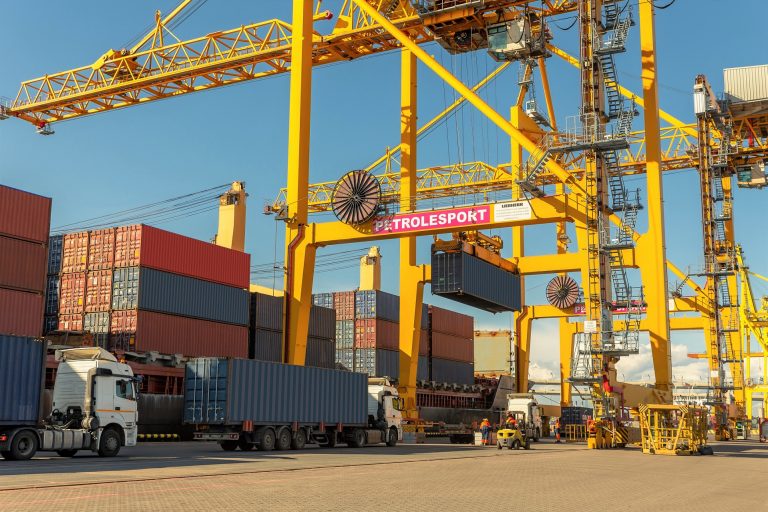 The following release was published by MODUL:

On June 17, MODUL Transport and Forwarding Company sent a vessel with cargo of Russian export containers from Petrolesport Terminal, St. Petersburg to India.

A total of 1094 TEUs of Russian export goods were shipped, such as products of pulp-and-paper industry, chemicals, fertilizers, construction materials, spare parts.

The return voyage of the vessel from Nhava Sheva (Terminal BMCT) is planned for middle July, with estimated arrival at St. Petersburg in 25 days. In the opposite direction the vessel will carry Indian goods (textiles, rice, chemicals, medicines, equipment).

We are pleased to start a new chapter in the history of our company, by launching a pilot project of direct container service between Russia and India, – said Alexander Altshuller, General Director of MODUL Co.Ltd. – We are in the process of significantly expanding the fleet of our own containers with a view to using this equipment on the announced route as well as on other routes planned to be launched later.

Saint Petersburg has been considered the main sea gate of Russia for over three hundred years. The port of Leningrad was the main port of the country in Soviet times. Even in the days of the most difficult relationships with the West, vessels of the Soviet fleet regularly left here for India, countries of Latin America, Africa and Asia. Today, more than ever, it is important to maintain the connection of our port with these regions that are waiting for our vessels, want and can trade with Russia, – said

The current shortage of container tonnage in the Baltic in recent months has led to disruption of international shipments through the North-West of Russia. We expect that the new service from Petrolesport to India will become popular on the market, both in import and export, – noted

MODUL plans that the new container service will become regular and multimodal, for this purpose the company organizes a full-fledged railway offer for the delivery of goods by accelerated container trains connecting the port of St. Petersburg and the port of Nhava Sheva with different regions of Russia and India.